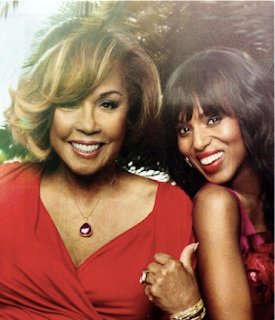 After resisting insurmountable peer pressure, I gave in.

I just ordered Season One of the wildly popular television series, Scandal.

My friend Jenn, arguably one of the show’s most enthusiastic fans, tipped me over the edge by not only sharing the Diahann Carroll (I adore Diahann Carroll)/Kerry Washington connection, (click here), but also by providing insight as to why a great number of my Facebook sisters are posting and watching Thursday evenings – 10p est (click here.)

I can’t say much more about Scandal…yet, but Diahann Carroll’s career represents another little know Black history fact.
A legend.
Tony and Golden Globe Winner.
Emmy, Oscar and Grammy Awards Nominee.
In 1968, she became the first Black actress to star in her own television series, Julia.