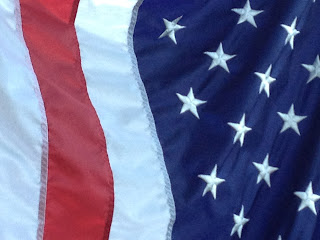 I was having dinner not too long ago with a co-worker.

After a few glasses of wine, he said that, despite the fact that he had been eligible to vote for twenty four years, he has never registered or participated in the process.

Without my saying anything, it was clear that this revelation was, for my co-worker, a point of frustration and consternation.

This is a man who is viewed as a leader…a leader in his profession, in his community and to his family.

As we talked further, it became clear that he was ashamed.

My best counsel was to tell him that what happened in the past is history.

He could change the course of the future with one simple action.

His message was concise and simple, ’60s voting-rights gains are at risk.


The attached article includes the primary points that he made, but the point that hit me the hardest was that an estimated 25% of African-Americans do not possess the proper documentation to meet ID requirements in some states.

That statistic is alarming. But the right to vote is more than a racial issue.

The vulnerable and ‘at risk’ include the elderly and those who live in urban environments and don’t have a driver’s license.

An article from the May, 2012 AARP Bulletin illustrates the gravity of the situation:

We are holding an election in spite of ourselves.
The League of Women Voters has shut down its voter registration efforts in Florida, and Souls to the Polls, a fleet of buses that has transported Floridians from churches to polling places since 2004, is grounded.
That is because 12 years after its hanging-chad fiasco, Florida has decided to tighten voter access and threaten, with stiff fines and possible jail, groups that help register voters.

This is how we preserve and promote the world’s greatest democracy??

If, like my co-worker, you are not registered to vote, do something about it.

Exercise Your Right to Vote.

If you aren’t clear how to, click this link.

It is that simple and that important.