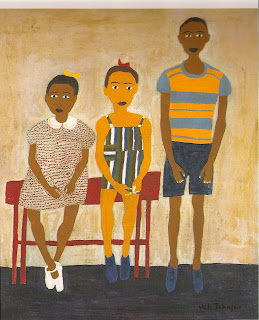 What image comes to mind when you hear the word “nigger?”

After all, it is 2010 and we are still having the conversation about its use and the inappropriateness associated with it.

Regardless of our background, we all know people who have used it.

So perhaps it is best to revisit the rules…

White people get no pass, “hood” or otherwise.
Pay attention John Mayer.
Permission is not granted to use the word – in gest, or otherwise.

Much was recently made of Senator Harry Reid’s use of the word with regard to then-potential Presidential candidate Barack Obama. I read the book “Game Change” and my impression is that Reid’s remarks were inappropriate, but in no way appeared grounded in malice.

I am not naive.
A racist is racist.
Like x-ray vision one can see “it” through a brick wall.

I once worked for an individual, who was, despite protestation and by all accounts, a racist.

In what the individual believed to be “confidential” circumstances, – no Black people present, or so they thought, – they flagrantly used the word.

This person knew and fully understood they were wrong…
Nigger was used in an almost whispered tone. Not only was there comprehension about the gravity of the word’s use, its inappropriateness was also understood.

Yesterday I was getting a haircut – at an African-American barber shop – and counted the number of times I heard the word used. In a 30 minute period, the count was eighteen. Eighteen times in a half hour! Employees and patrons alike peppered their conversation with it-

The difference is that in these instances, there was no malicious intent or derision.

While I personally don’t approve the use of the word by Black people, culturally, it is allowed.

It is part the African-American vernacular and, in many cases, accepted as such.

This debate is not going away. Nor is the use (appropriate or not) of the word, by Black or White people.

I am intrigued and inspired by three quotes I unearthed by three different indviduals – two having to do specifically with the word nigger and one that was born out of much broader implications and circumstances.

In the forward to his book, “Nigger,” Dick Gregory wrote a special note to his mother –

“Whenever you hear the word ‘Nigger’,” he said, “you’ll know they’re advertising my book.”

Gregory masterfully turned what, on the surface, was a negative into a thought-provoking and challenging positive.

Goldberg’s refusal to accept a label, which neither fits or defines, suggests that anyone who uses it simply doesn’t understand “who” or “what” they are talking about.

“No one makes you feel inferior without your consent.”

When we refuse to succumb to demeaning labels, but accept the fact that we are individuals, unique and equal in our common humanity, we win. We defeat those who use words to define us.

I was hasty in my reference to Senator Reid’s remarks in the book Game Change. His quote did not use the word “nigger,” but language that was interpreted by some to have a similiar tone. Reid was wowed by Obama’s oratorical gifts and believed that the country was ready to embrace a black presidential candidate, especially one such as Obama:

“a ‘light-skinned’ African American with no Negro dialect, unless he wanted to have one,” as he said privately.”

Reid was convinced, in fact, that Obama’s race would help him more than hurt him in a bid for the Democratic nomination.