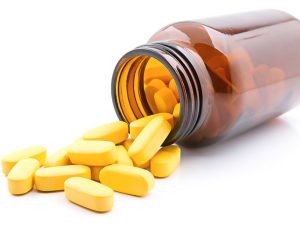 There is an intimacy that exists between the African-American Community and McDonald’s that is quite remarkable and noteworthy.

It is a relationship that, from a pure marketing perspective, is unprecedented and compelling.

While food is always central to the conversation, this conversation also includes community, heritage, cultural pride, accessibility, acceptance and optimism.

It isn’t captured in a commercial, though there were times when McDonald’s nailed the “essence of the special relationship” in that format.

It is an unspoken “nod” that says,

Yes, there is a special intimacy that this brand has with African-Americans (and Latinos) that is bigger than the products it sells.

Authentic is always “in”…especially in times of crisis.

From the Rodney King riots in 1992 to the upheaval and unrest in Ferguson today, McDonald’s proves that it does more than sell good food.

“In the wasted landscape of South Central LA, everything had been destroyed. Everything except for five buildings. In the post-apocalyptic aftermath, surrounded by smoldering ruins and debris, there were five buildings which had been untouched. Not a broken window. Not a slash of spray paint.  All flooded in their usual operable fluoro lights.

These five buildings all had one thing in common. They were all McDonalds.”

‘When the smoke cleared after the mobs burned through South Central Los Angeles in April, hundreds of businesses, many of them black owned, had been destroyed. Yet not a single McDonald’s restaurant had been torched.’

It’s a little hard to tell whether we should be glad that McDonald’s is serving a useful public cause, or utterly depressed that traditional meeting places like libraries and local sandwich shops have been replaced by a corporate behemoths like McDonald’s and Starbucks.

(Click here to read the full HuffPost article, “How One McDonald’s Became The Epicenter Of The Ferguson Conflict“)

In full disclosure, I am a McDonald’s supplier.

I have worked for McDonald’s local Co-Ops specializing in the areas of African-American and Ethnic Marketing.  The experience has afforded me the opportunity to view the brand up close and personal for thirty uninterrupted years. At the core of what differentiates McDonald’s is the Owner/Operator – men and women who do more than sell food. In many instances, they are active and visible participants in the communities where they do business.  They act as parents, advisers, counselors and active supporters of their communities.