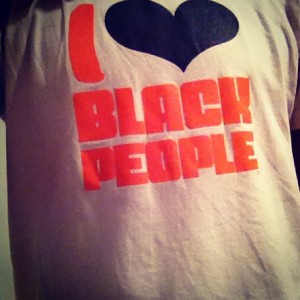 Monday started like any other.
The only difference was that I wore one of my favorite tee-shirts.
One that I normally only wear in the house.

In fact, as I made my way through the day, I honestly forgot that I had the shirt on.

From my neighborhood coffee stop to the drug store to the Post Office to the dry cleaner to the barber shop to the supermarket – my path was riddled with looks, both approving and disapproving.

I found the reactions mostly curious until one woman approached me and said, “I think the President went too far with his remarks about Trayvon Martin.”

My first thought was to ask this older White woman what she knew about being Black in America, but that would only encourage a conversation that I was neither in the mood or had the energy for.

Little known to people who are not Black…