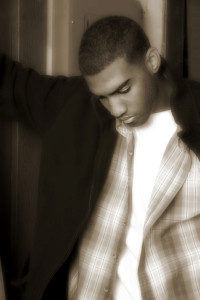 Imprisonment and gun violence are the threats to the lives of Black men that are most commonly discussed and reported…for valid reason.

According to a study from the Pew Research Center for People and the Press, a young Black man is nearly five times more likely to be killed by a gun than a young White man. If a Black person is killed by a gun, it is judged a homicide 82 percent of the time. For the broad population, most gun deaths are ruled accidental or the result of suicide; only 34 percent of gun deaths are attributed to murder.

There is another threat.  Click here to learn more.

HIV is a pervasive threat that continues to spread rapidly.  Chief among the challenges that contribute to its spread are poverty, lack of access to health care, higher incidence of sexually transmitted infections, lack of awareness and stigma.

Unfortunately, HIV awareness and how people of color are disproportionately affected are not reported enough.  We are midst of a health crisis.  Education and information about the HIV epidemic is essential.